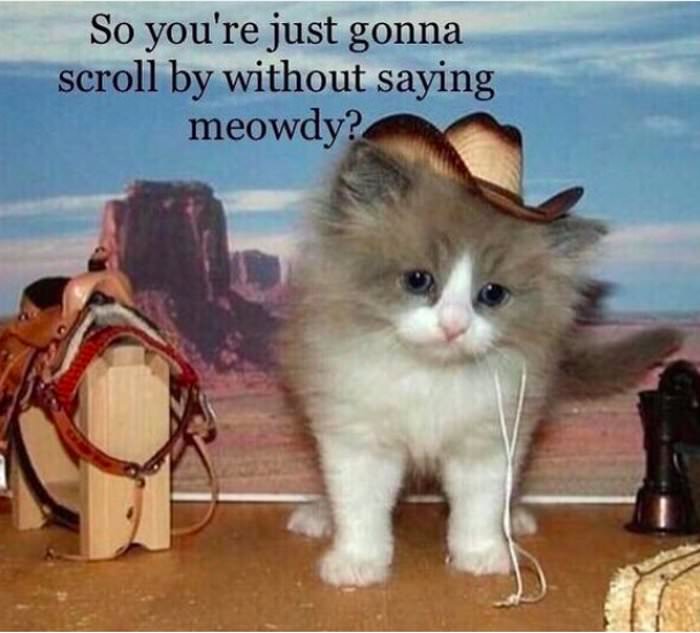 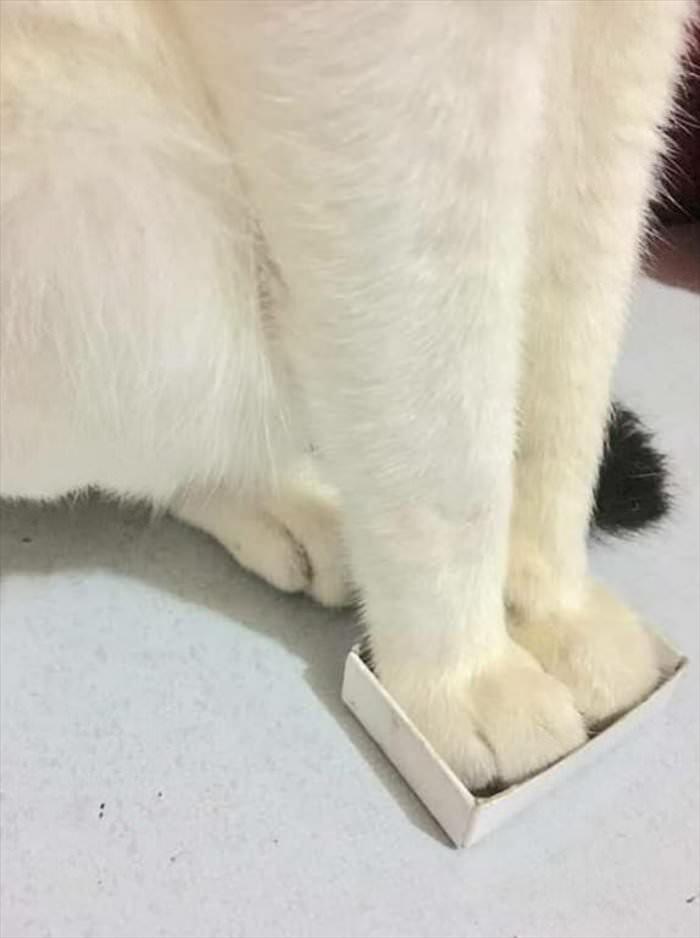 An enigmatic and divisive figure to many, what truly makes Tommy Robinson tick remains a mystery despite his large following in the UK and around the world.

To learn more about the man away from the YouTube videos, the unfair allegations of race crimes and incitement to hatred, we spoke to Tommy’s girlfriend, who has stayed out of the limelight for much of their relationship until now.

Time to meet Tommy’s other half Nasreen Bukhari.

“We’re an unlikely pair I admit,” Nasreen says, telling the story of how the poster couple for modern Britain met, “I was walking to work, him and 500 of his friends were aggressively shouting free speech in my face, but when our eyes met…we clicked”.

We’re urged to sit down, and once the prayer mats are moved out of the way, we take a seat on the couch and chat with Nasreen over some lunch; a delicious homemade curry. When speaking she motions her hands in the exact animated fashion as her beloved Tommy, or anyone else who has watched a YouTube tutorial on NLP and public speaking does. Two peas in a gesticulating pod.

“Although the mainstream media likes to portray Stephen as a racist, we actually have a huge amount in common. We quickly bonded over these things. For example Stephen was sent to jail in January 2013 for 10 months for traveling on a false passport to the US, therefore illegally entering the US.

And funnily enough I, just like Stephen, used forged documents to enter the UK. We laugh about it all the time,” a candid Nasreen tells us from the home she shares with Tommy, who she calls Stephen Yaxley-Lennon because that’s his actual name.

“Stephen was also jailed for fraud one time, and for assault another time, and for drugs on another occasion, but sadly we do not have that in common,” Nasreen adds.

“For the ease of my coworkers I call myself Nas, which me and Stephen always say is such a funny coincidence because Stephen let’s people call him Tommy Robinson or Andrew McMaster or Wayne King and his passport says Paul Harris. It’s funny, confusing and not something anyone who follows Tommy/Stephen/Paul should worry about”.

Love is a two way street though and Nasreen says despite their obvious differences they’re going form strength to strength and share a love of reading.

“I love reading, he loves reading into things that aren’t there. But he absolutely hates this one particular book I hold dear to my heart…Harry Potter, but it’s a bit advanced for him I think”.

“I don’t push him about converting although he’s considering it and we’ve booked a trip to Mecca for the summer, and likewise he doesn’t ask me to quit my ISIS training camp and grooming gang which flows in through the open borders of the UK, well he calls it that, I call it ‘the bank where I work'”.

Does it bug Nasreen that Tommy keeps their relationship out of the limelight?

“No, not really. He’s fucking raking in the money and his fans and organisations would be less likely to donate money to Stephen in the name of free speech, if…if they knew he was, well, you know”.

We do indeed know.

Nasreen must be extremely proud of her beau though?

“Oh of course, and I think he gets a lot of hate which is really well placed, and sure he shouts at me and calls me a Muslamic Paedophile Ring when he’s angry but who doesn’t lose their temper from time to time”.

Tommy does have a lot to be proud of though as just days ago he released an online video which has caused endless embarrassment and shame for the BBC after it was revealed they were making a documentary about him. Sending shockwaves through the Tommy Robinson community. 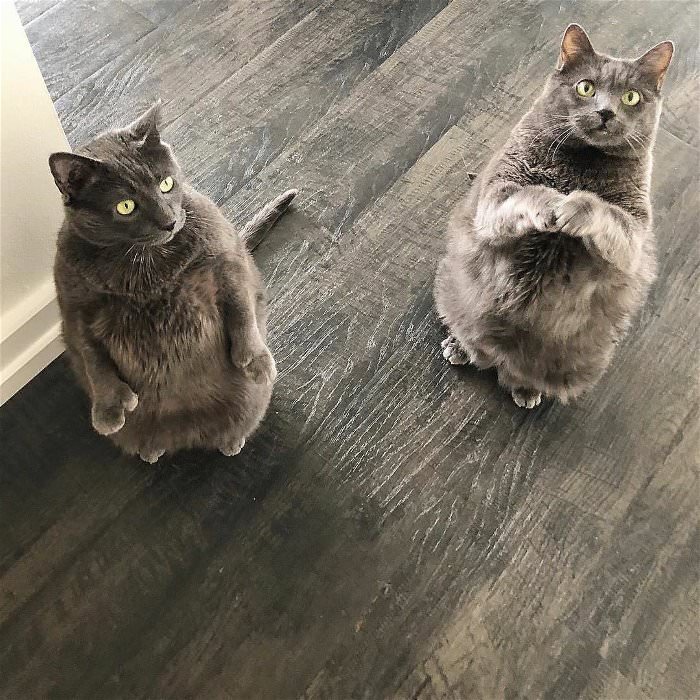 DISPLAYING all the hallmarks of someone who has been through a horribly traumatic ordeal that will leave a lasting mark on their psyche, President Trump continues to suffer from debilitating Vietnam flashbacks.

The intense and viscerally vibrant recollections of his tour of presidential duty first came on once he had boarded Air Force One, after an abrupt end to his summit with Kim Jong Un and could, for the first time, properly catch up on Michael Cohen’s testimony to Congress.

“They had a McDonalds but when you went in the menu wasn’t really like the McDonalds we have in America. It was confusing and I got scared,” the Commander in Chief confirmed while rocking back and forth.

Remarking that it was full of the kind of people he would not rent out Trump properties to, the shivering President backed himself into a corner on Air Force One, cradling himself in a bid to find some comfort.

“The hotel didn’t have Fox News. The country sends you halfway across the world, and what’s the thanks I get? Not even decent TV, and when you return you’re villain, they shout and spit at you. Call you a democracy killer,” a teary-eyed Trump recalled.

Waking mid-flight from a fresh nightmare flashback, Trump’s incessant and troubling visions seem to hark back to the psychological terror of being trapped in Vietnam, representing his country but unable to tweet at a time when his former lawyer and fixer Cohen accused him of being ‘a racist’ and ‘a conman’, and in one instance went even further in his hurtful rhetoric when he said the President wasn’t as rich as he claimed to be. 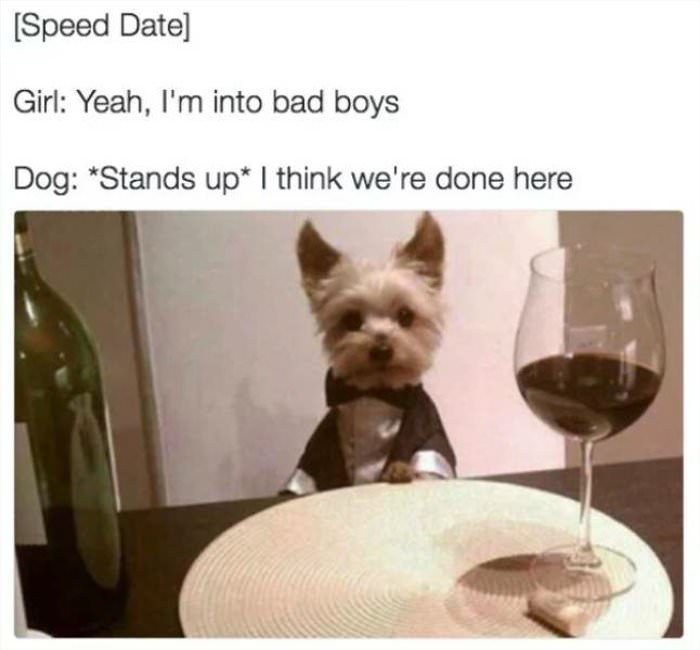 A World War II veteran is about to turn 100 years old and only wanted one thing to celebrate his birthday: 100 birthday cards.

His wish came true, many times over. 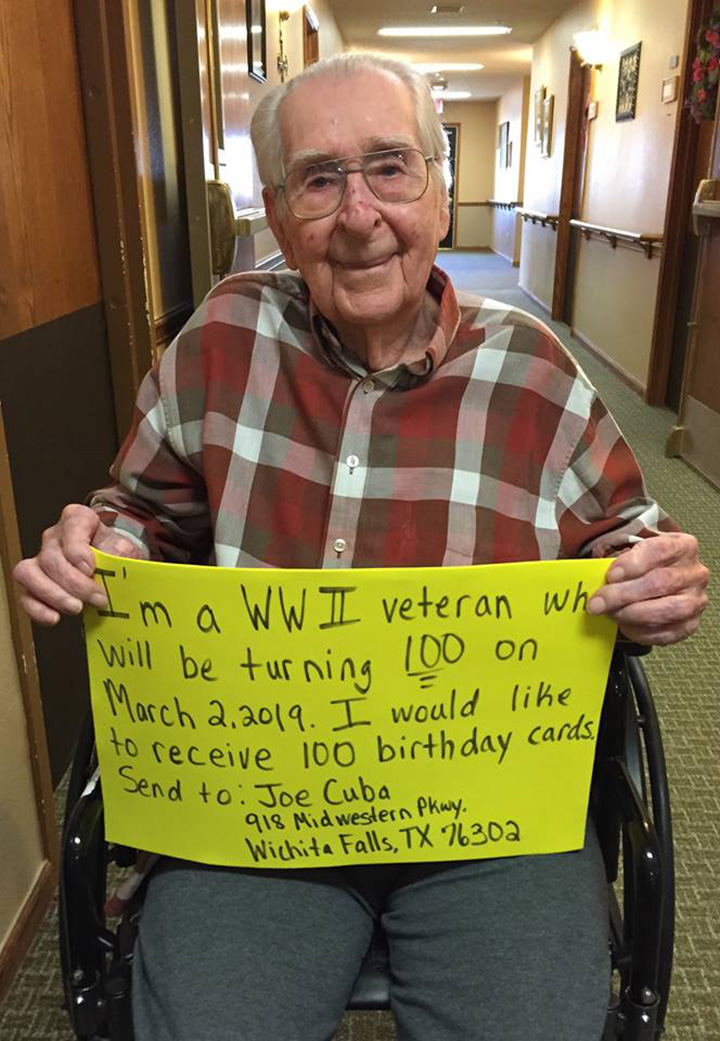 Joe Cuba is a resident at Brookdale Midwestern, an assisted living facility in Wichita Falls, Texas.

The retirement home wanted to help make his wish come true so they posted a photo on Facebook of Joe holding a sign that read "I'm a WWII veteran who will be turning 100 on March 2, 2019. I would like to receive 100 birthday cards." 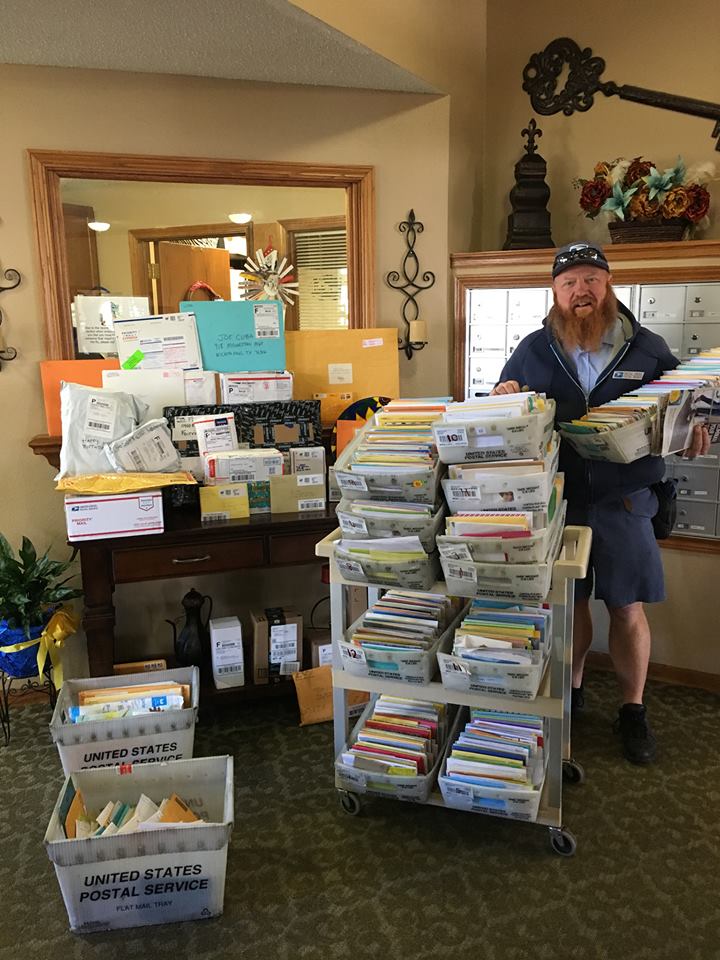 Since the photo was posted, Joe has received more than 2,500 birthday cards and over 100 gifts from people all over the world. 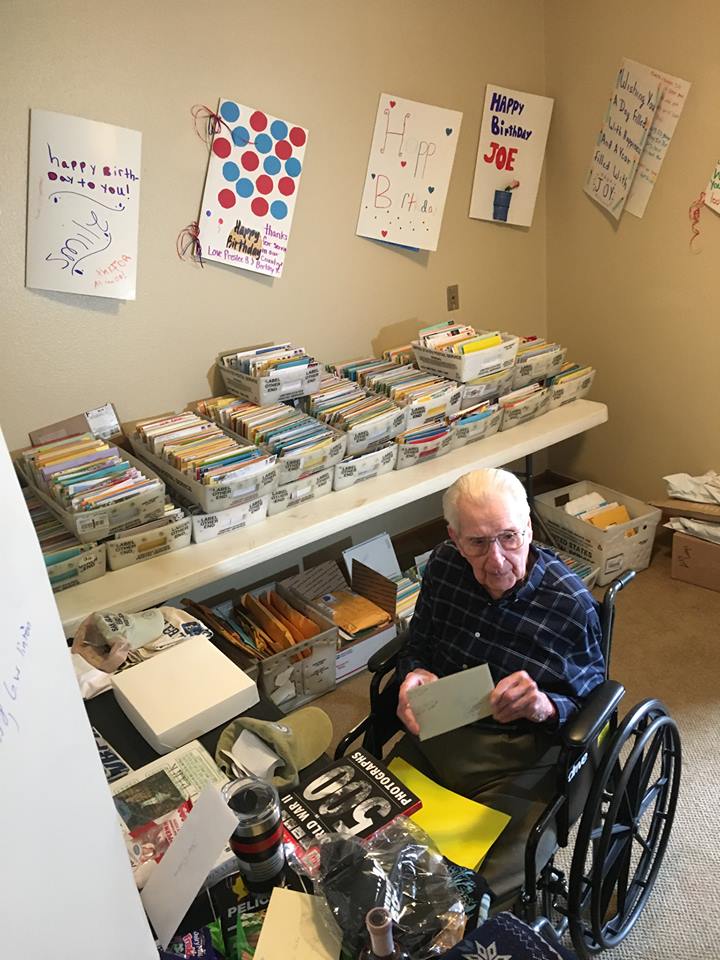 "Joe continues to be amazed with everyone's generosity. Keep the cards coming as we celebrate a 100 years with GI Joe," Brookdale Midwestern wrote in an update on Facebook. 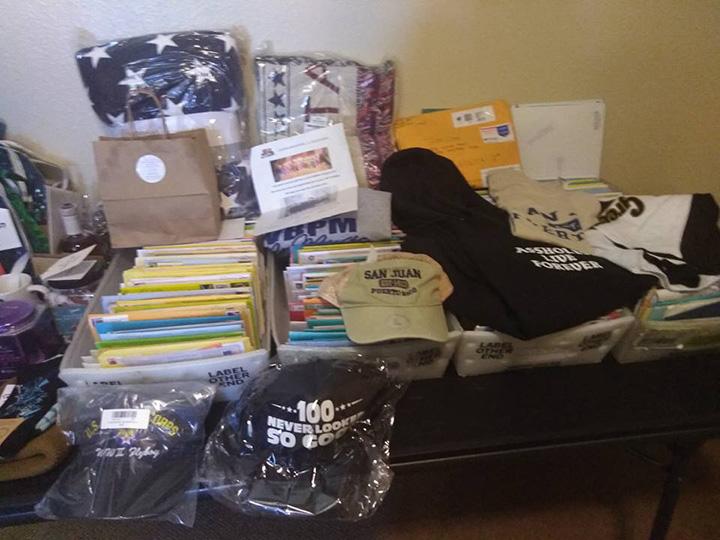 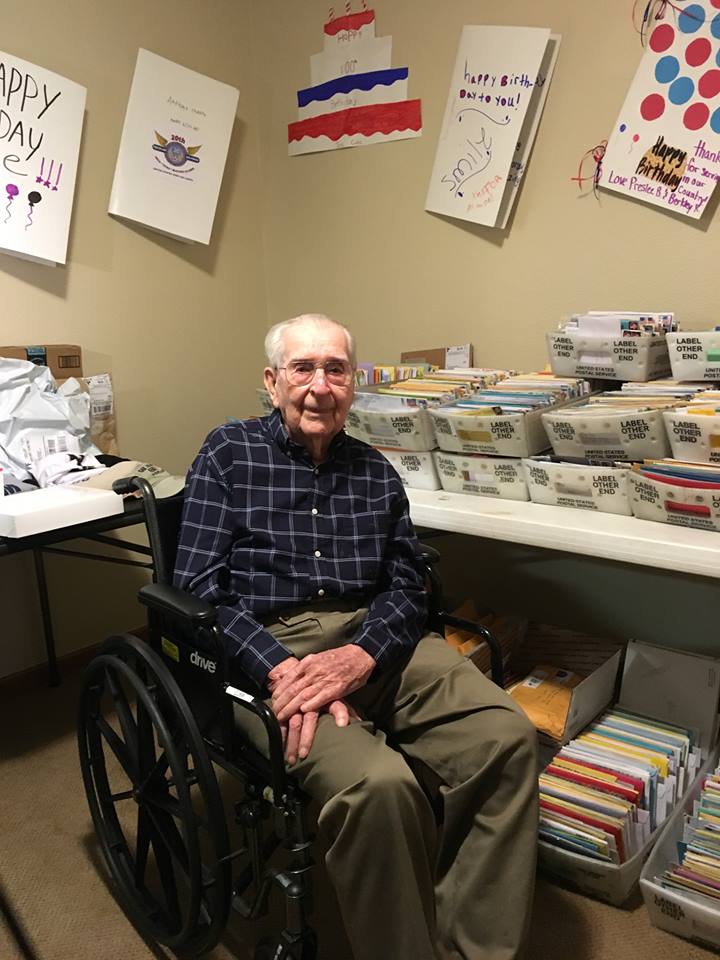